Love Letters to (and from) Lily 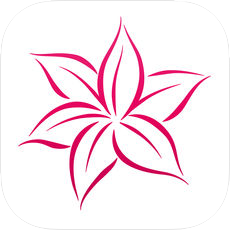 This is a simple copy-paste of my email exchange with the developer of Lily, that made me love them even more.

I’m a midwife and used Lily to help conceive my first kid. It was my favorite. I even wrote about Lily on my blog. Now starting to try for baby2. As a queer parent, it’s disappointing to see my favorite app still says “intercourse,” as so many people are doing inseminations, and when they have sex is completely irrelevant. In fact, when I was TTC Sibyl, I was single, and sometimes got really angry when I had to record inseminations as sex, like my app was reminding me that I actually hadn’t had sex in months.

I’m sure this can’t be the first time you’ve gotten this feedback, and I’m wondering if there’s a reason it’s kept this way, despite many updates since I last used it?

I was so pleased with the response I got (shared with permission; inverted quotes typical in German):

I actually find this a bit difficult to believe myself, now that you’ve brought your perspective on this to my attention, but you really are the first person to ever bring this up. Lily has been available in the App Store for a bit over seven years, and it has been in use in one form or another by literally hundreds of thousands of women and couples. I have read and answered every single customer support email I have received since Lily’s launch, and until today, I have not seen a single email, App Store review, or other form of user feedback that mentioned the problems caused by labeling this menu „Intercourse“. Not once.

What makes this especially surprising is that this is not only an issue for queer users, but (just as you’ve mentioned) for every single user of Lily who has ever relied on IVF. To make matters worse, considering that I’ve spent a good part of the past eight years of my life working on Lily, I should definitely have thought of this myself, that for some users, for a multitude of reason, intercourse and insemination are two different things. But alas…

Independent from the point you brought up today, I am actually in the early stages of rethinking the whole Intercourse menu anyway. The way it is currently designed makes it a bit too restrictive, as it only allows for one intercourse „event” per day. It is currently also not exactly very inclusive either, especially for polyamorous users. I will keep your well-deserved criticism in mind when I make my decisions for the redesign of this section.

That’s the good news. The bad news is that this change will not be implemented and released any time soon. To be able to do what I have in mind, I first have to make some changes with the way Lily stores its data. The current database format only supports one intercourse event per day, with only the settings that you can currently see, and nothing else. Simply renaming the menu itself doesn’t solve the problem either, as the entered intercourse/IVF events would still show up in the graph as little hearts. Since the database currently doesn’t allow me to discern between intercourse and IVF, I have no way to discern between the two and display another symbol accordingly. And if the „intercourse“ terminology makes a user feel excluded, then so will the heart symbol. Instead, I want to do it right. But that will take some time.

I’m sorry that I don’t have a more satisfying answer for you, but I want you to know that I care about this. I’m grateful that you brought it up, because no one else did.