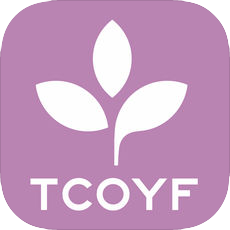 So let me preface this with the statement that I absolutely love the Taking Charge of Your Fertility BOOK, and consider it the go-to for learning about charting. I’m actually surprised I haven’t done a mushy gushy book review of it yet. But I’m not sure how this app got associated with the book, because the app pretty much sucks.

It’s clunky. Everything takes too long. You have to push too many buttons to add basic info (multiple times a day). There’s no calendar view. They don’t have a default temping time. It’s WAY too difficult to change your day 1! (Basically delete all the info from each day individually, then delete the cycle, then simply start over entirely! Are they serious?!)

And, of course, they ask you to record “intercourse,” rendering many singles and queers and folks who use assisted reproductive technologies invisible. It’s also also exceedingly pink and if you don’t choose an avatar, the default is the silhouette of someone with the ultimate mom bob. They also shamelessly promote their own products.

And most of this would deem the app “Probably Not Worth Your Time,” but I haven’t even gotten to the most unforgivable part: their basic algorithm for determining ovulation based on BBT (basal body temperature) and CM (cervical mucus) is BROKEN. Or rather, it may work fine for some folks, but not for me. Over three cycles, it was flat out wrong in assessment of my ovulation date and cover line, even on a textbook cycle with beautifully aligned indicators (and worse for my usual PCOS long pattern). And not just off by a day, either. Despite a clear pattern of fertile mucus followed by a temp shift (which Lily and Fertility Friend both identified), Ovagraph/ TCOYF app decided that my ovulation day was a WEEK earlier, at a place where I had a random very low temp. It is true that some folks have a temp dip the morning they ovulate, but it is certainly not the criteria for verifying ovulation. Especially in the presence of multiple other signs that are very clear.

I have reported this error and so have others, in the forums, and the team asserts that it isn’t a problem. *It’s a fucking problem.* For this reason, I especially cannot recommend the Ovagraph/ TCOYF app.

So. Why do I even include so much detail about this app, then? Why isn’t it relegated to a single snarky line in the “Don’t Bother” section of the App Summary? Why isn’t it zero stars? Because unfortunately, as flawed as it is, Ovagraph/ TCOYF is also the only app that works with and records data from the OvaCue fertility monitor, which assesses changes in the body’s electrolyte levels throughout a cycle, and which can be really helpful for folks with PCOS or other irregular cycles. I felt it my responsibility to make sure that folks who choose this app for that reason, or based on the name recognition of the book, know what they’re getting into.

So, if and ONLY if you use the OvaCue, you may want to use this app to chart the readings it gives. Just make sure you also use something more reliable as well.