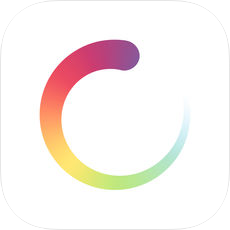 Since writing my original Fertility App Comparison post, I’ve occasionally gotten emails from app developers and such wanting to inform me of their app and how awesome it is. I investigate ALL apps I’m directed to. Most of them have been nothing special. Then I got an email about an app called The Flow. I believe my email response says it all:

Thanks; I’ve not needed to do any fertility tracking since conceiving my kid. I haven’t ever needed any period tracker, and specifically was reviewing fertility trackers, which need to include include temperatures and mucus. I’m a midwife and the point is optimizing fertility timing. The Flow sounds more like a period tracker, so it wouldn’t be relevant for my purposes and my clients’ purposes anyway. It’s also, per your own website, not really even useful for predicting periods for folks whose cycles vary more than 21-35 days, which is an immediate deal breaker for me.

Furthermore, and most importantly, I feel rather repulsed by your marketing approach. The idea of a “husband” tracking his “wife’s” cycles as a way of guessing about how she might be feeling is sexist and the opposite of what I would like for couples: communication and empathy. This idea, and your whole website in general, is also incredibly heteronormative and biologically determinist. There is zero chance, for multiple reasons, of me endorsing your app, as a queer person and a midwife.

Thank you for reaching out, but I cannot endorse your product. I am actually so appalled by your website that I might write an update to my blog to warn people *against* using your app.

The second response I got actually indicated that the writer was NOT the app developer, just a user with vastly different priorities than mine, but I thought it relevant to include my entire email, as it both describes all the issues I have with the app itself and captures my original rage. Half of one star only because zero stars might visually be mistaken for full stars, and I don’t want anyone to think that!